When a larve eats onty the leaf tissue right in front of its head the result is a narrow tunnel. In extreme caes, when the larva makes no lateral head movements, the tunnel remains just wide enough to accomodate the growing larva. Mines that remain that narrow are uncommon; examples are the mines of Lyonetia clerkella and of Stigmella microtheriella below. 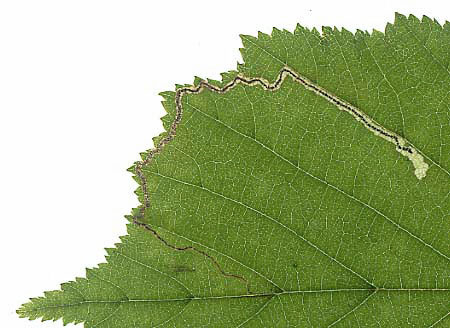 However, in most cases the larva is capable of creating some more space. The better it manages to do so, the wider the corridor becomes, like the trumpet-shaped mines of most Aulagromyza-species. 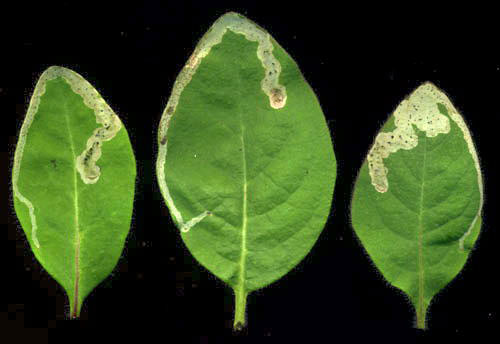 Although most larvae that make corridor mines tend to work more or less right ahead, there ar species that from time to time take a bite from the side. The result is a characteristically irregular corridor side, “eaten out” as it was named by Hering. Stigmella luteella gives an example . 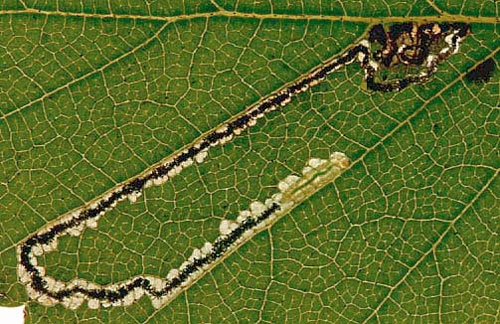 A leaf vein is an obstable for a larve, especially near the centre of the leaf, where the veins, and the midrib in particular, are the thickest. Species that have problems in crossing veins are often seen to make a corridor that follows a vein over a long distance (like Stigmella microtheriella, above), or bounce between to lateral veins, like Stigmella tityrella. 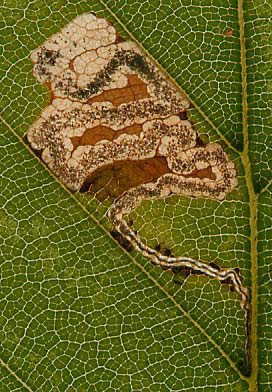 Generally the corridor takes a course away from the oviposition site, but there are many exceptions. Most Ectoedemia– species begin their mine by making an untidy knot around the egg; Bucculatrix frangutella begins by making a very neat, extremely compact spiral, and Liriomyza eupatorii begins by making a much larger, slightly untidy spiral. 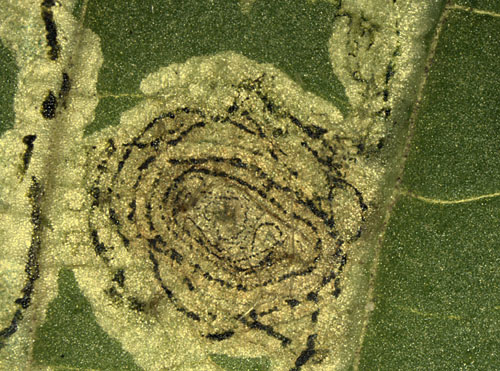 Liriomyza eupatorii on Hemp Agrimony: start of the mine

In a few species only half of a spiral is made; after half a circle the larva changes direction, almost returning on its path. This very characteristic type of corridor is mostly called “intestine-like”. 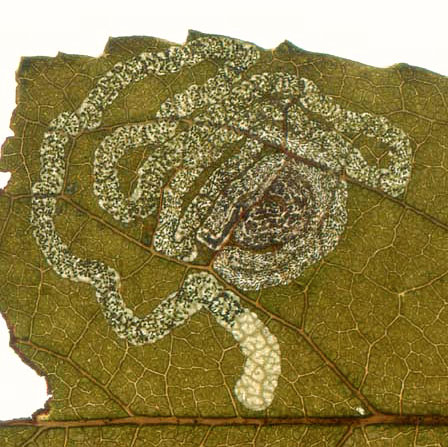