Skip to content
Introduction > Mines > Ecology > To be a miner

To be a miner

To really understand the life of an animal, or even a plant, it is necessary to virtually put oneself into the position of that organism, in as much detail possible. It requires some phantasy, but is quite enlighting.

Thereis little to be seen in a mine: many larvae have no, or strongly reduced eyes. There is even less to walk. The feet therefore are short, often reduced to stumps or gone altogether. When they are present their function is mainly to enable the larva to brace itself.

Because of the very limited space between floor and ceiling the larval head is no more directed dowwards, as is functional in the open, but directed anteriorly. Also the head is strongly flattened, to the point of becoming chisel-shaped. Generally the larvae also are smaller than in related, free-living species. 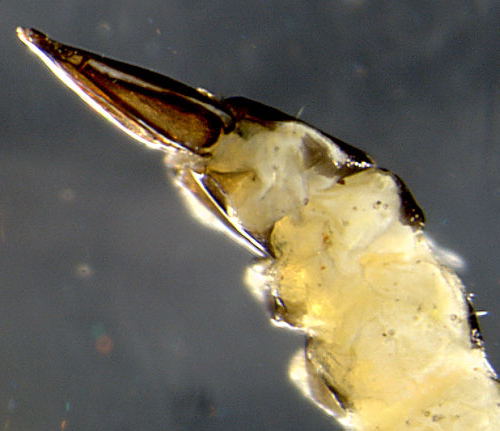 Several adaptations are recognisable to match the need for locomotion, and even more to brace the while feeding. Agromyzidae larvae have bands of rearwards pointing spines on all segments; they are especially coarse in the larger species. Also the rear segments may be widened into heavily armed ‘hips’. 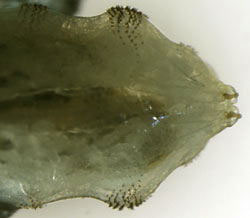 Both in Lepidoptera and sawflies another invention has been done to cope with the bracing problem: inflatable humps on the thoracic segments. 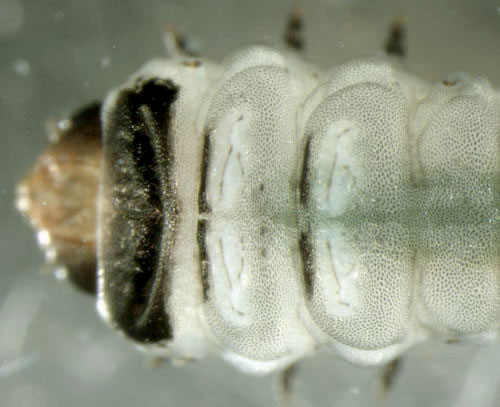 Widening of the segments is a predictable solution too.

Generally a mine begins at one egg, and the larva obviously is solitary. It may happen that two solitary mines, even of different species, fuse. Never have I seens indications of antagonistic behaviour in such situations. 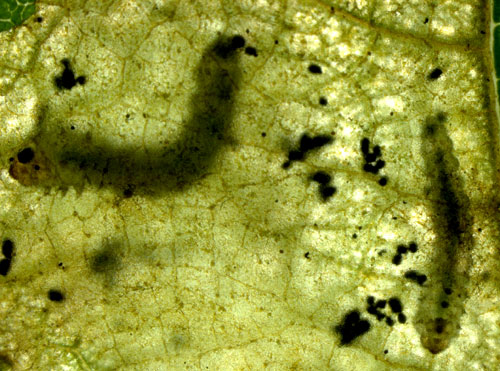 In a smaller number of species mines begin at a clutch of about five eggs, for instance in the fly genus Pegomya. The hatching larvae do not each take their own course, but, at least initially, ‘shoulder to shoulder’ make a multi-larvae corridor. Even later, when the corridor has given way to a large blotch, one often sees several larvae feeding side to side. This behaviour seems more social than simply communal. 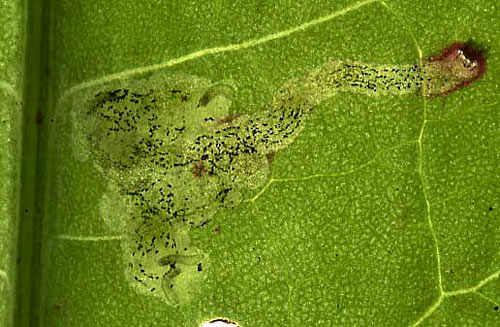 All insect larvae undergo a number of ecdyses. Sometimes a particular ecdysis triggers a change in behaviour. In species making a corridor-blotch the change from corridor-making to blotch-making coincides with a moult. The old larval skins remain in the mine and shrivel, and are difficult to find. Only in sawflies they remain mostly recognisable. 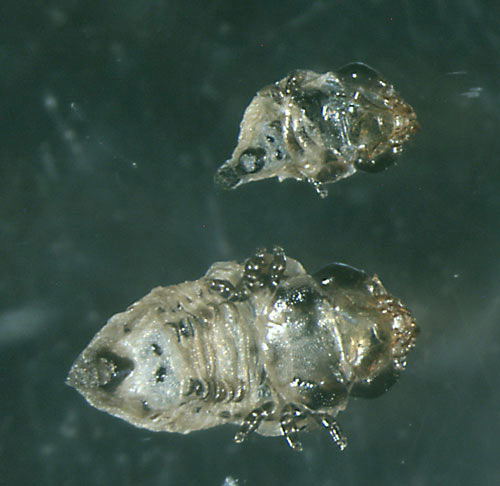 Unavoidably the mining larva now and them strikes upon a vein. Especially thick veins can be a formidable barrier, with a strong impact on the direction of the mine. Only near the leaf tip or margin the veins become thin and more easily passable. What the larva then does is not so much bite through the vein: it rather slips to the other side between the leaf epidermis and the hard mantle that surrounds the vein. Mostly this crossing takes place at the leave’s upper side.

Lyonetia clerkella is characterised among other things by the ease with which its corridor crosses the midrib. This is done in an unusual way: the crossing is below, rather than over the midrib. 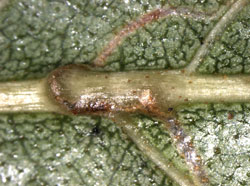 The larvae of some species move now and then, either as a simple routine, or because of food shortage (leaf too small, too many miners in a leaf). Leaving the mine poses no problems, but reentering does: the larva has to brace itself, and the outside of the plant is hard and slippery (or, even worse for a small being, hairy). Many species do not possess the necessary techniques, and their fate is totally dependent on that of ‘their’ mine.

water in the mine

After a shower, or in a morning with much dew, mines often contain drops of water. This is surprising, because occupied mines generally don’t have openings to the outside. The larvae in such waterlogged mines often are immobile and seem dead. However, after a night in the fridge he collected mines don’t contain any more water, and the larvae are eating happily. Whether a prolonged rainy period is detrimental to the larvae is not known. 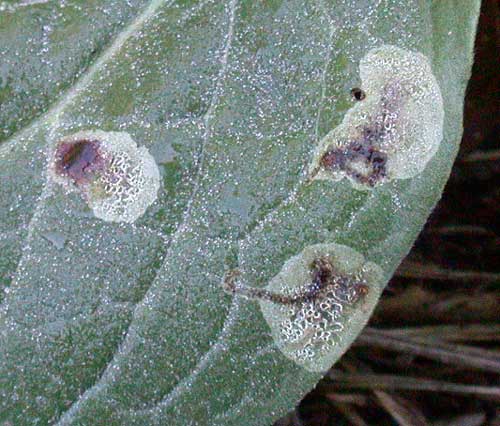 Sometimes the larvae are feeding even though soaking wet. The larva below is lying on its belly; between its back and the upper epidermis water is clearly recognisable. 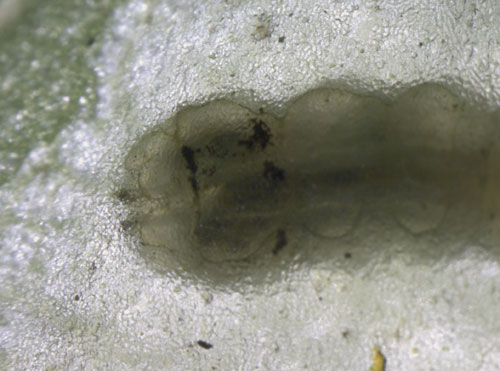 This mine contains more water than air: 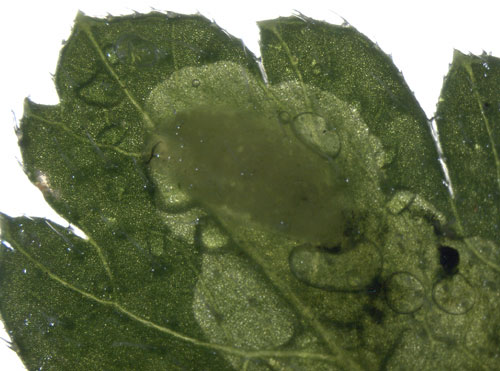