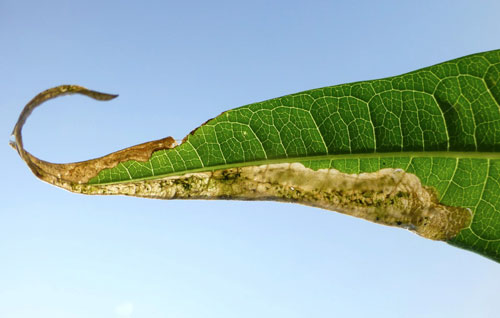 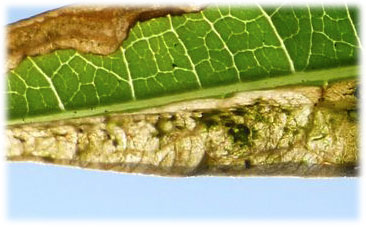 detail, to show the feeding lines 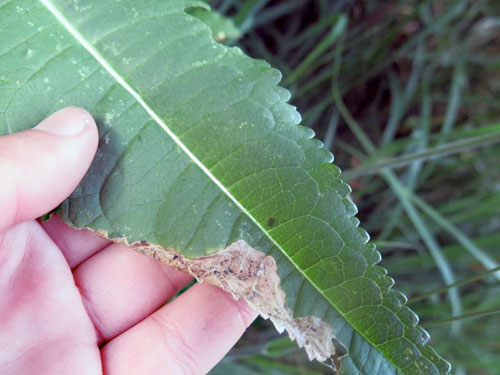 Blotch, invariably beginning at the leaf margin, widening fast and strongly, giving the mine a funnel-like shape. Primary and secondary feeding lines very conspicuous. Frass in large grains. The larvae leaves the mine before pupation; according to Spencer (1954a) the exit slit is in the lower epidermis.

From the UK to France and Hungary (Fauna Europaea, 2007).

De Meijere (1926a) described a larva of an unidentified Agromyza, bred from Knautia. Later (1928a) he wrote he had managed to identify the species as A. dipsaci. This is not correct: the species in question is A. woerzi.