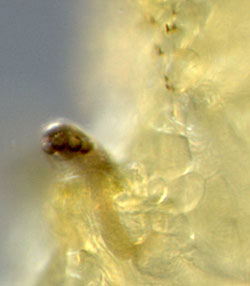 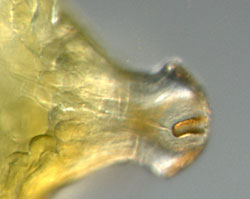 On Genista, johannae (rarely) occurs, together with A. pulla. The mines cannot be told apart. To judge by de Meijere’s drawing of the mandible in johannae the distal tooth stands off in a right angle; this perhaps could separate the larve from that of A. pulla, that is depicted by de Meijere (1937a, as A. genistae) with a clearly recurved distal tooth. It remains to be seen if this character is constant; morever, the drawing of pulla was based on a second instar larva.