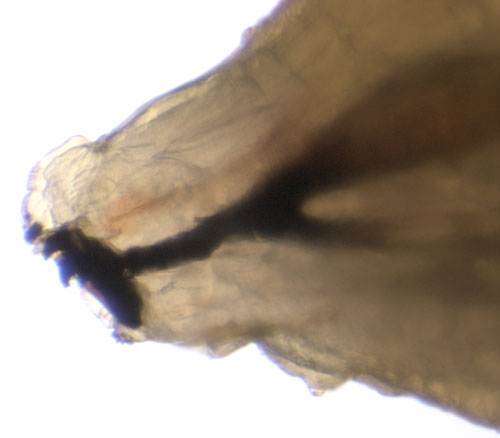 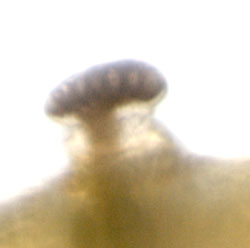 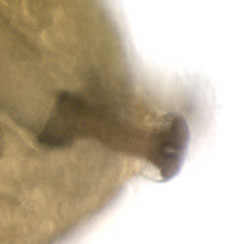 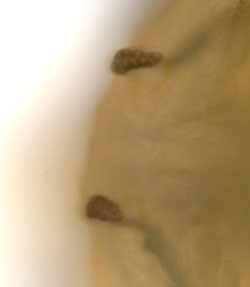 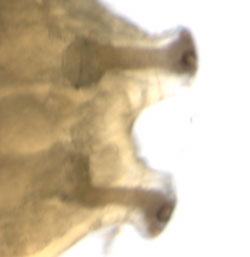 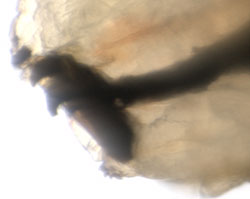 mandible (with field of spines); spinulation 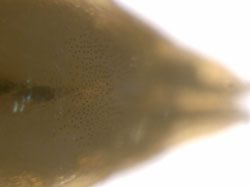 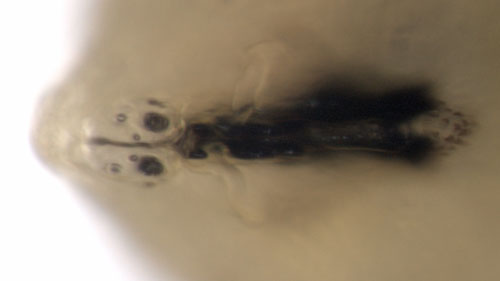 mouth field, with spine field behind the mandibles 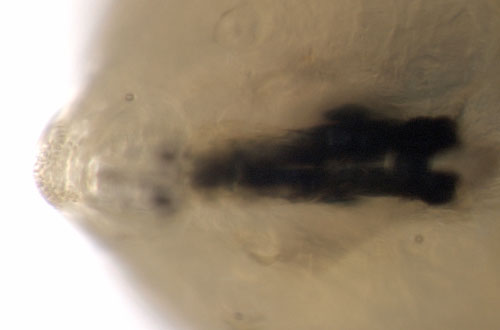 also the frontal “keel” of the larva is finely spinulose

The larva is described by de Meijere (1925a:240, as Domomyza sp.), Hering (1953a, 1957a), Darvas & Papp (1985a) and Darvas, Skuhravá & Andersen (2000a). The bands of spines on the anterior and posterior margins of the segments are unusually wide; on the 8th abdominal segment even the entire width of the dorsal surface is spinulose. The mandible has, next to the 2 normal teeth a third, more basal tooth. Front spiraculum with 7, rear spiraculum with 3 papillae.

Darvas & Papp (1985a) state that the larva is solitary and that the mandible has a fourth, basal, tooth.

Behind the mandibles the larva has a field with fine spines. This positions the species in the Agromyza ambigua group, which included A. ambigua, mobilis and nigrociliata, and which is placed by Griffiths (1963a) contrasting the nigripes group with a.o. A. albipennis, hendeli, nigripes and phragmitidis.