Most species of this large genus are miners of the rind of stems or stem borers, and therefore play no role in this site (Spencer, 1964a). An odd species like O. maura makes a very long corridor that winds several times through a leaf, giving the genus its name (“ophis” = snake). The species that most frequently form true leaf mies have a characteristic life style. The egg is inserted someplace at the leaf underside, and the larva starts by making a corridor that looks for the midrib. (Not infrequently several eggs are deposited in a leaf, recognisable by the often strong callus grow around the egg.) When the midrib has been reached, either directly or by way of a thick side vein, the central cavity within the midrib becomes the main residence of the larva. At daytime it retreats into the very base of the midrib. Almost all frass is deposited here as well. Also the puparium is formed in the base of the midrib, just below the upper epidermis, in the narrow space between the stem and the leaf stalk. Only at night time the larva moves up through the midrib in the direction of the leaf tip and makes excursions into the blade. Sometimes considerable distances are covered from base to tip. To collect larvae or puparia it is mandatory to collect the complete leaf, not just the part that is visibly mined. After some time in the dark (or the fridge) the larva will be found high in the leaf. The larvae in the genus are remarkably long and slender.

Ophiomyia mines bear an uncanny resemblance to mines of the common, polyphagous Liriomyza strigata. Important differences are that the corridors of Ophiomya are virtually free from frass, and that in Ophiomyia the puparium is formed within the mine. 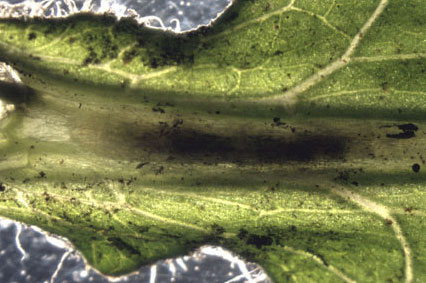 With much light from behind the larva can be seen in the basal part of the midrib (in this case Ophiomyia beckeri on Lapsana communis). 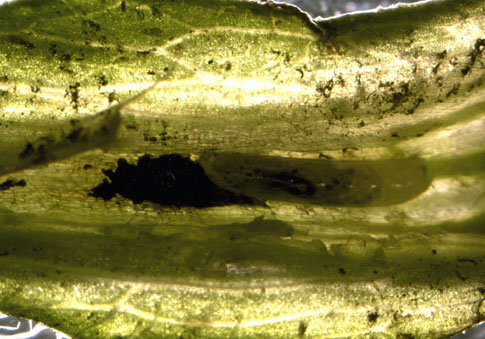 The same larva in the opened mine. Also the accumulation of frass is well visible. 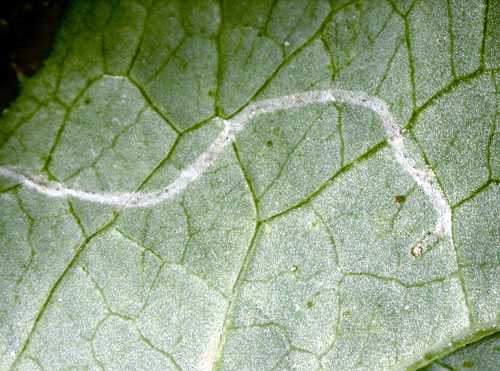 Initial lower-surface corridor (Oph. cunctata on Sonchus oleraceus). Often several can be found on one leaf. The oviposition site often is marked by the formation of callus. 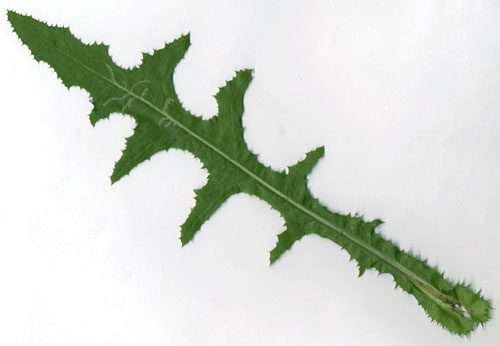 The leaf of Sonchus arvensis was about 40 cm long. At the moment of collecting the larva was resting in the very base of the leaf, some 30 cm from the visible part of the mine. (Amsterdam). 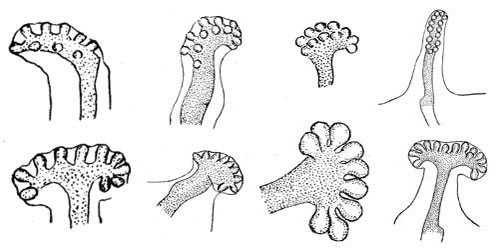