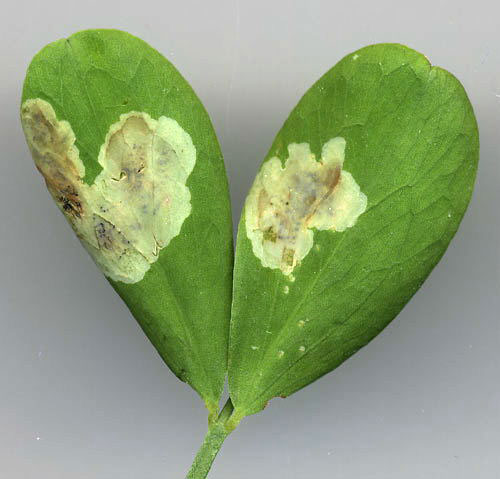 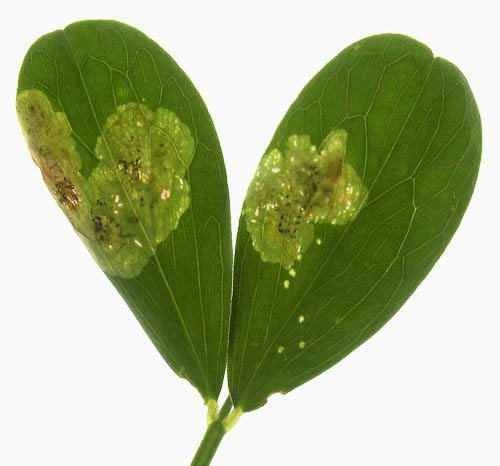 same, rather old, vacated, mine lighted from behind

Oviposition usually at the underside, somewhere in the centre of the leaflet. From the eggs runs a an extremely short lower-surface corridor, followed by a hardly longer upper-surface corridor. This suddenly widens into a large, shallow blotch, initially greenish, later whitish. Almost always the blotch has a large number of tiny full-depth spots, giving it a perforate appearance. Frass in rather small, greenish grains. Pupation outside the mine; exit slit in the upper epidermis, not at the margin, but somewhere centrally in the blotch.