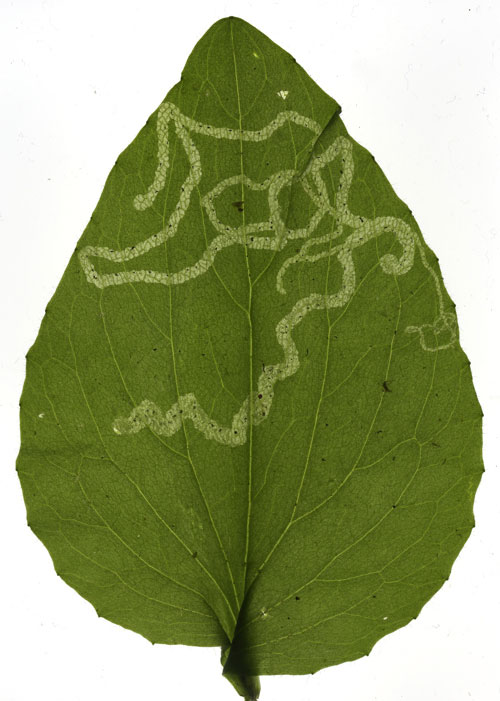 Narrow, remarkably long, corridor. The inital part is rather strongly branched. The mine is upper-surface, rarley partly lower-surface. Frass variable: isolated grains, reddish-brown pearl chains, sometimes also there is a central green band. Pupation mostly outside the mine; when not, there is a slit alreadly made in the epidermis in front of the puparium to serve as an exit for the fly (Hering, 1924a, 1957a). Exit slit (always?) in lower epidermis.

Larvae in June-July (Hering, 1957a); however, the vacated mines found in the Netherlands dated already from late May.

Doronicum is a popular ornamental that easily runs wild, therefore it is worthwhile to keep an eye on this agromyzid.