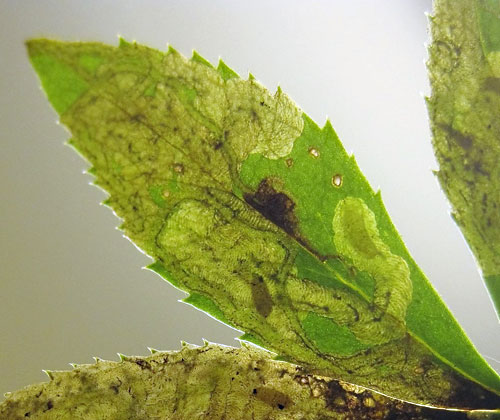 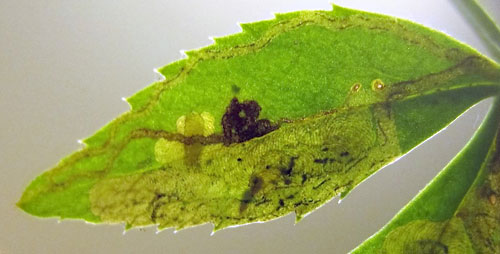 larva in its mine 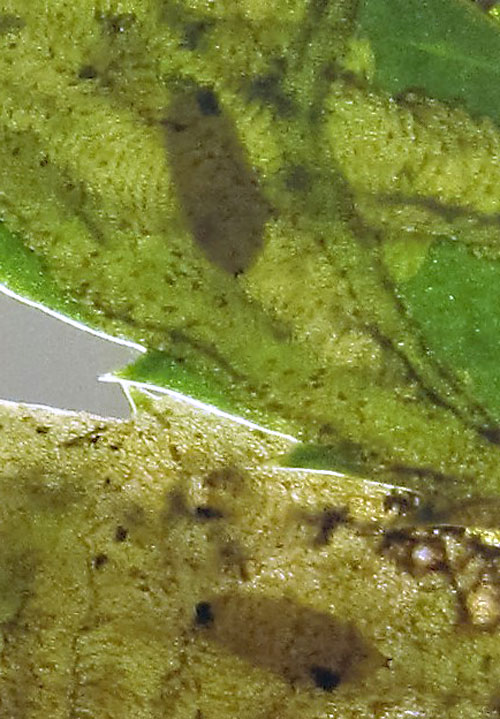 two puparia in their mines 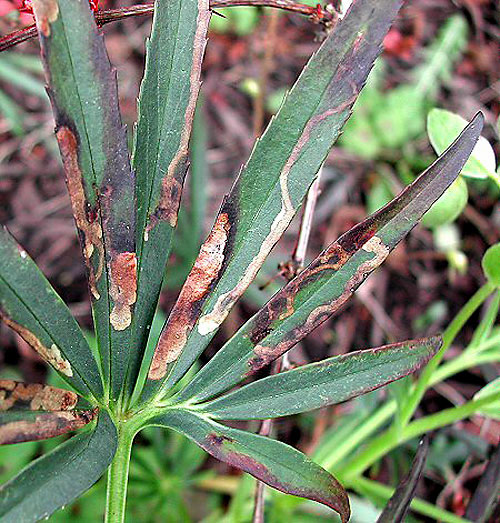 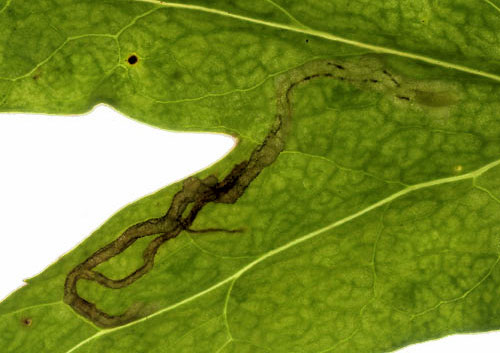 The mine begins as a narrow, sometime stellate, strikingly dark corridor that slowly widens into an upper-surface blotch. Frass in pearl strings. Pupation within the mine, in a lower-surface pupal chamber; the anterior spiracula penetrate the epidermis (Hering, 1957a; Spencer, 1976a; Stubbs, 2000a; Welch, 2000a). (Stubbs [2000a] describes the pupal chamber as upper-surface).

So far the species has been found in the UK exclusively on H. foetidus, even in gardens where several species of Helleborus grow together. Also Ludwig (1907a), who complained about severe damage to his H. foetidus, did not find mines on H. niger and viridis in the same plantation. Only as late as in 2013 mines were found by Keith Palmer on H. niger.

According to Hering there are two or three generations per year; larval activity continues throughout the winter.

From the UK to Italy, and from Germany to the Pyrenees; also Finland (Fauna Europaea, 2008).

The species seems to be a newcomer both in the UK and in the Netherlands (Storey, 2004a). However, in Belgium the species was seen in a considerable number of natural habitats (Mortelmans ao, 2014a).