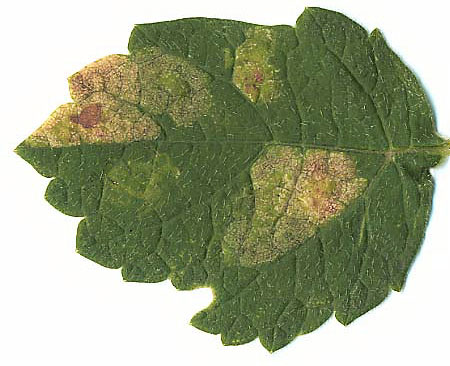 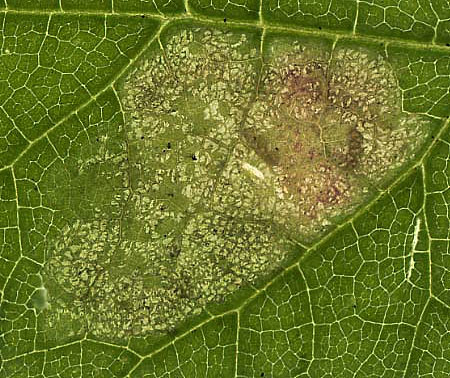 detail, in transparancy: perforate mine 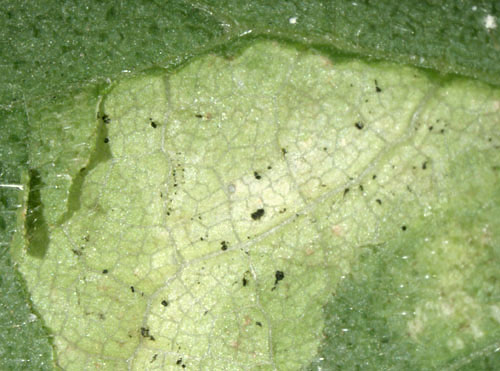 Heracleum sphondylium, Nieuwendam; only after the mine has been opened it becomes clear how surprisingly little frass has been produced 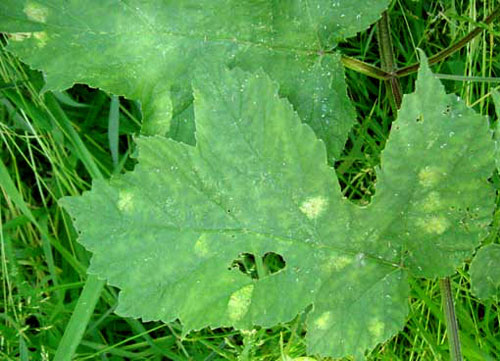 Heracleum sphondylium, Nieuwendam; the mine has a strong resemblance to a fungus infection

The mine starts with a quite inconspicuous lower-surface corridor that soon changes into an extensive interparenchymatous blotch. The upper cell layer of the palissade parenchyma is eaten away in many places, giving the mine a perforated appearance when lighted from behind. Fresh mines are pale green, later they turn brown; they give the leaves a striking ly diseased impression. Feeding lines absent, frass grains strikingly few. Larvae solitary. Pupation outside the mine, exit slit in lower epidermis.

Hering (1957a) included heracleana in his keys to Angelica, Caucalis, Laser, Laserpitium and Seseli. Pakalniškis (1994a) adds Daucus carota, possibly as an exceptional case. Beiger (1960a) and Maček (1999a) mention even more hostplants. However, both Griffiths (1973c) and Spencer (1973a) are doubtful about the occurrence on other plants than Heracleum. One possible reason for the confusion may be that young mines of Ph. angelicae are interparenchymatous too.