underside of the mine; accumulation of frass next to the midrib results in a characteristic discolouration

opened mine with larvae 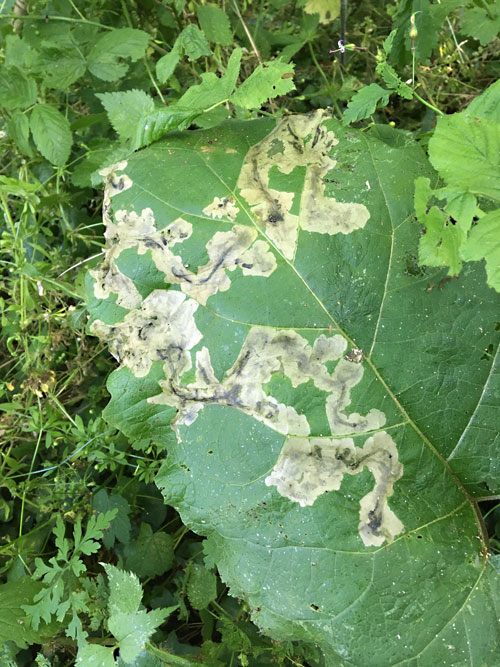 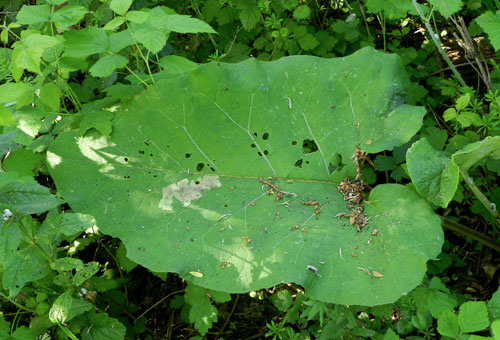 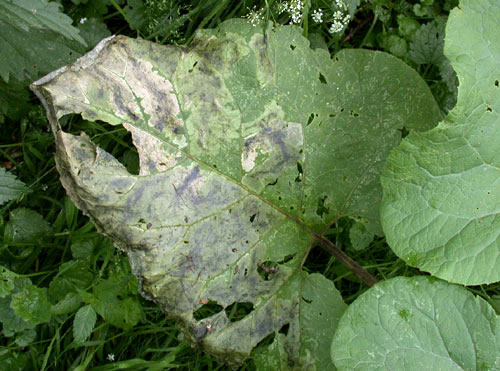 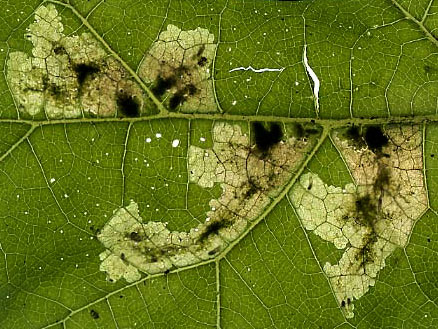 The mine begins at the leaf underside, close to a heavy vein, at a white egg shall that remains in place even in fully developed mines. Often several eggs at distances of about 1 cm along the vein. Each larva makes a large blotch without a preceding corridor. Almost all frass is concentrated in a big mass in the the initial part of the mine. In this part the mine is lower-surface (therefore one sees green leaf tissue overlying the frass mass), but further on the mine is upper-surface, in fact almost full depth and very transparant. In fresh mines remnants of the parenchyma are visible as secondary feeding lines. Often the older mines coalesce. Pupation outside the mine.

From Sweden to the Pyrenees, and from the UK to Russia and Romania (Fauna Europaea, 2008); also Slovenia (Maček, 1999a).

Dempewolf (per. comm.) observed that during bright weather the larvae retreat to the part of the mine closest to the vein, where also the frass is concentrated; only in overcast or rainy weather they venture far in the mine. Also when disturbed they retreat to their frass fortress.