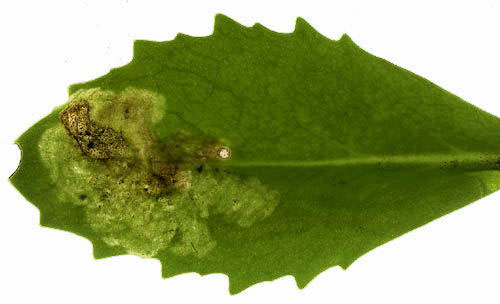 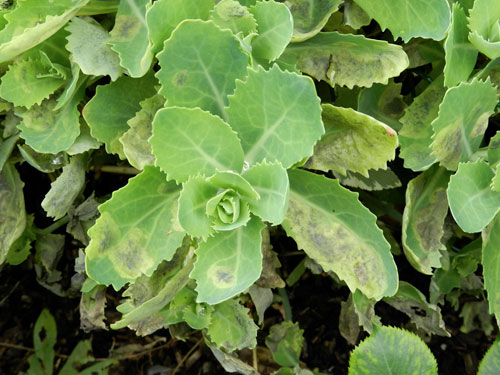 Sedum telephium, Nieuwendam: the damage to the plant can be quite severe 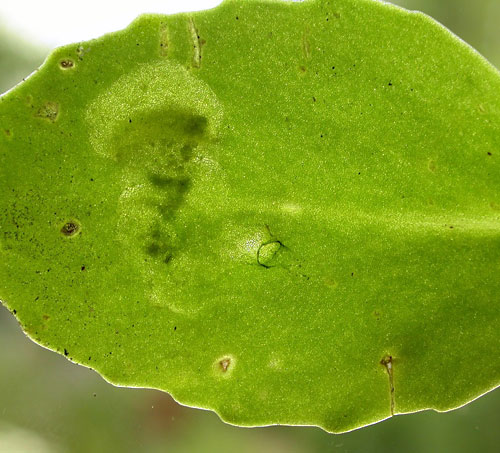 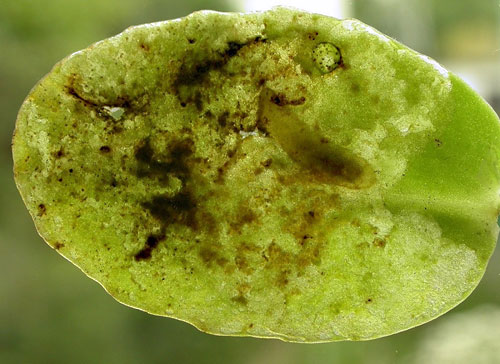 larva in an old mine 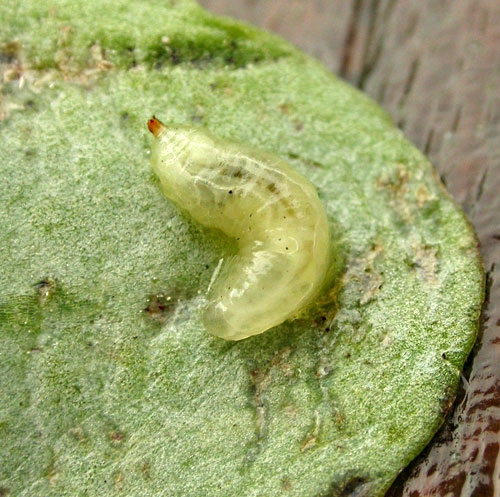 Full-depth blotch mine. The larva is a sloppy feeder, in parts of the mine the parenchyma is leaf largely untouched, giving the mine a mottled appearance when seen against the light. The larva needs two or three leaves for its development. He leaves the leaf by making an oval slit of 3-5 mm in the leaf underside, close to the leaf margin; the entrance is a round opening. Pupation outside the mine.

The association with Saxifraga stems from the synonymy Cheilosia saxifragae; after its description by Hering in 1924 it has never been found again, which raises some doubt about the association.

Rhodiola has been mentioned as a host plant by Hering (1926b, Norway), Buhr (1941b, Bulgaria) and Maček (1999a, Slovenia); it is well conceivable that this actually referred to Cheilosia rhodiolae that was described later (Schmid, 2000a).

From Scandinavia and Finland to the Pyrenees, Italy and Greece, and from Ireland to Poland and Romania (Fauna Europaea, 2007).

There are some contradictions between the descriptions of the mine by Hering (1957a) and Rotheray (1989a). In particular Hering writes that the mines contain ample quantities of coarse frass grains, while Rotheray writes that hardly or no frass is deposited inside the mine.