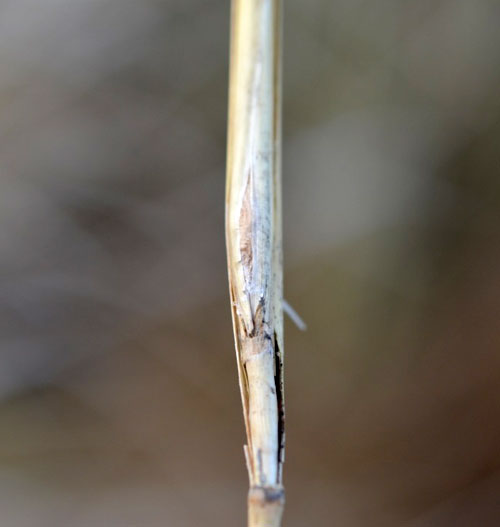 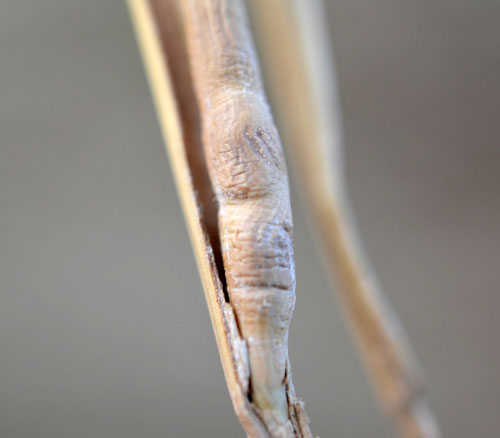 after removal of the leaf sheaths 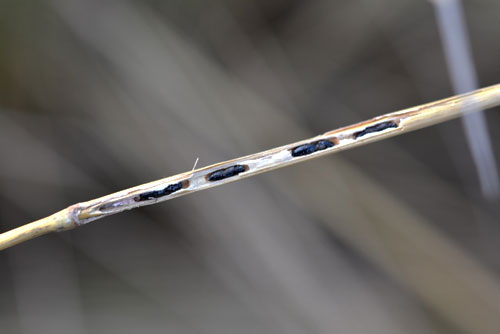 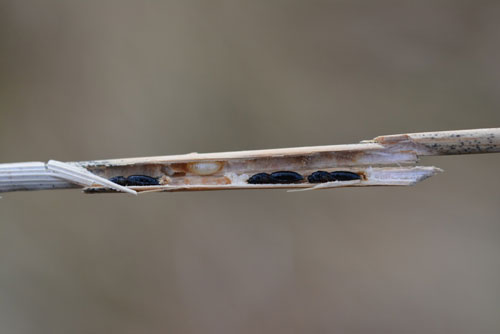 The culm, that only in Calamagrostis is swollen very weakly. contains up to twelve gall chambers, one above the other, each with a single larva. Nevertheless, the development of the inflorescence above is hardly diminished. The larvae hibernate in the culm, remain resting the following year, and pupate only in the spring of the third year; the adults emerge later in the summer of that year.

the material on the pictures above has not been reared; therefore it cannot be excluded that actually it concerns T. calamagrostidis. Seemingly, both species are unknown from Belgium (PESI, 2017).

The occurrence on Ammophila needs further confirmation. Claridge writes that he has extensively studied a population of marram grass without finding any gall.