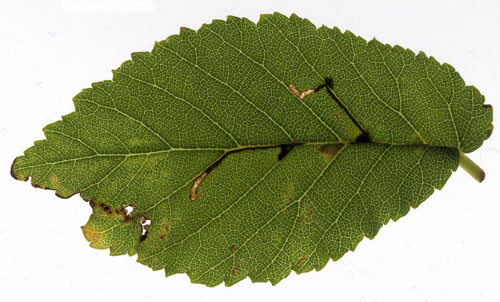 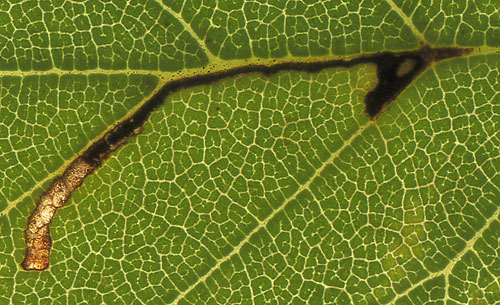 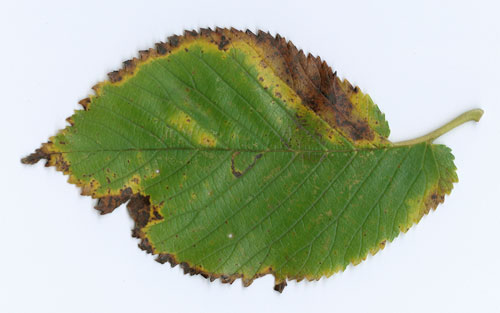 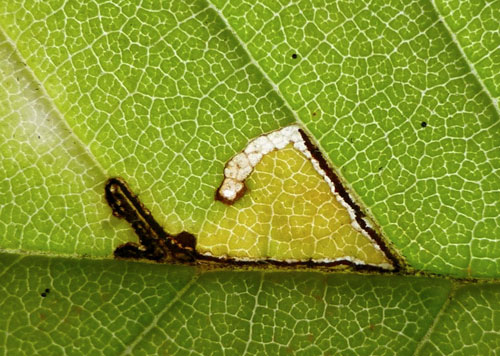 Oviposition at the leaf underside, generally in the axil of the midrib and a thick lateral vein. The very first part of the mine is so strongly contorted that sometimes a tiny secondary blotch originates, filled with black frass. Then follows a straight corridor of maximally 15 mm, almost completely filled with frass, mostly closely following a vein. Just before the larva is about to leave the mine (through an exit hole in the leaf underside) it turns away from the vein (Langmaid ao, 2007a).

Bivoltine. Larvae in July and September-October (Hering, 1957a); adults in April – May and again in July (Langmaid ao, 2007a). Hibernation as pupa.

Germany, Central and Eastern Europe. In 2007 recorded in the UK (Langmaid ao, 2007a), and recognised in the Netherlands.

Bucculatrix albedinella and ulmifoliae were considered synonymous in the Netherlands until now. The publication of the paper by Langmaid ao occasioned a re-inspection of the Dutch material of “B. albedinella”. It consisted for a large part of ulmifoliae.