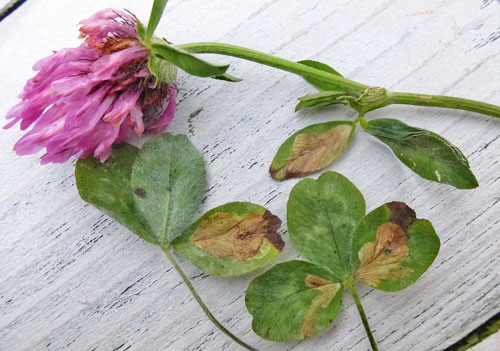 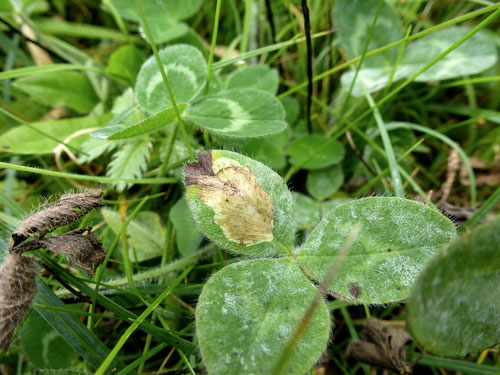 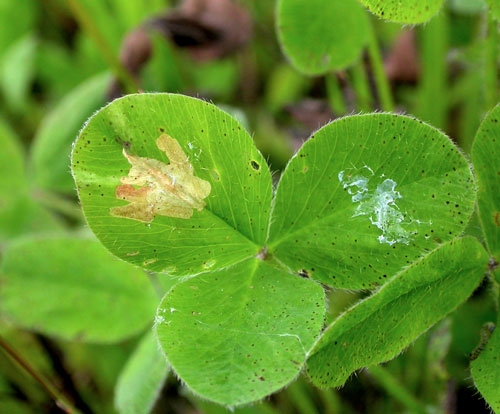 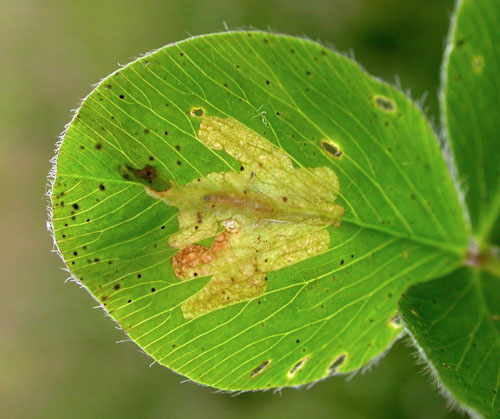 same mine, lighted from behind 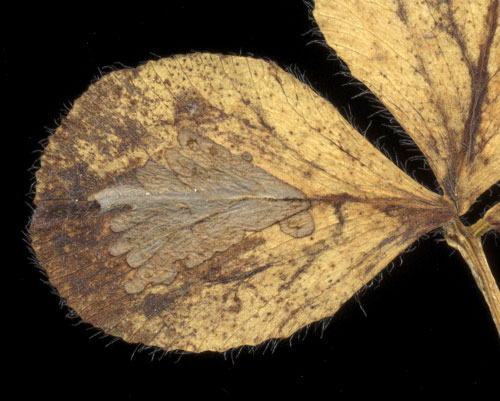 Trifolium pratense, Switzerland; herbarium material, leg Sifra Corver; to the left the hole through which the larva has entered the leaf. 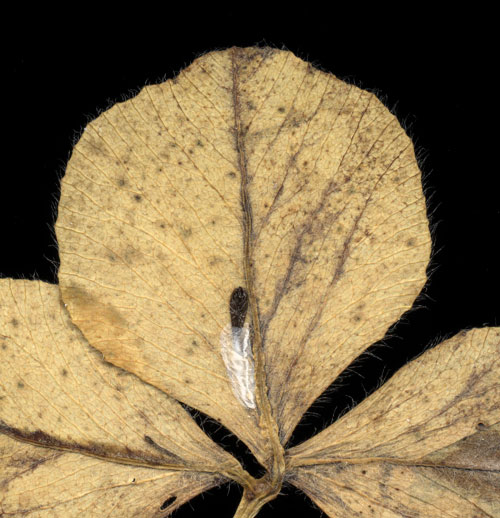 final mine – so small that it seems to have been made solely of the purpose of pupation.

The mine begins as a tiny, lower-surface epidermal corridor. Only after the first moult the larva starts feeding on the leaf parenchyma. The first result is a corridor overlying the midrib. From here branches enter the lef disk; gradually they widen and merge, leaving in the end almost the entire leaf mined out. Almost all frass is ejected. The larva may leave its mine and make a new one elsewhere (upper picture). Pupation within the mine.

The reference to Vinca herbacea by Drăghia (1970a) must be due to a mistake.

All of Europe, excluding Ireland and the Balkan Peninsula (Fauna Europaea, 2009).

The mine can have a deceiving similarity to the one of Agromyza nana. However, the mine that species contains appreciable amounts of frass, when held against the light the mine appears mottled because it has full-depth sections, and the mine starts as a corridor at a random place, not at the midrib; moreover, the larva of nana is unable to start a new mine.