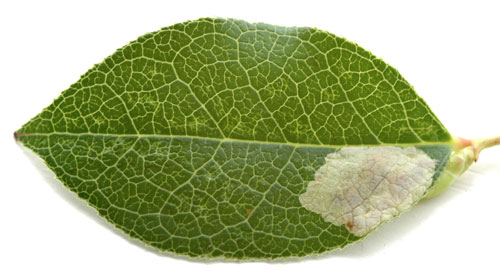 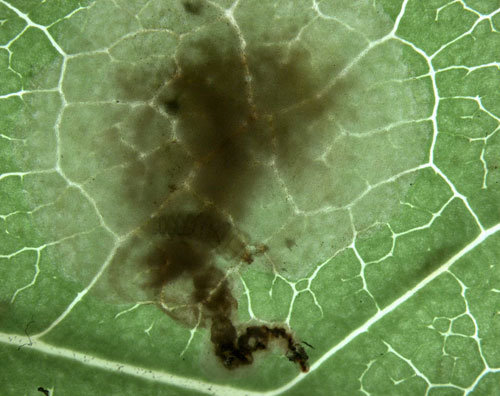 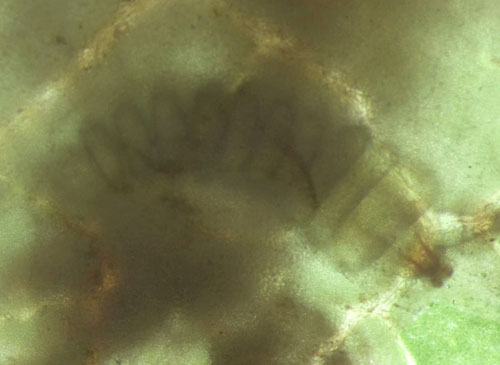 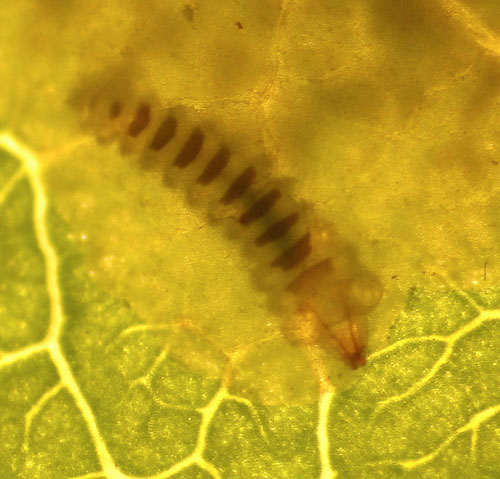 Short gallery, quickly but gradually widening into a large conspicuous blotch. Frass concentrated in a dark cloud in the central part of the mine.

In the UK (Robert Homan, Dave Wilton) and the Netherlands (Erik van Nieukerken, and Steven Ijland, respectively) larvae have been found mining ornamental green in a floral arrangement. Arguably the plant material had been flown in from North America. Because the host plant is grown as semi-wild ground cover in both Britain and the Netherlands, and is fully hardy, locally already has escaped into the wild, the possibility exists that the moth will become established in NW Europe.