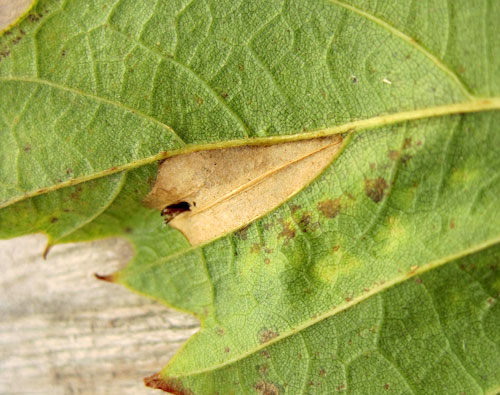 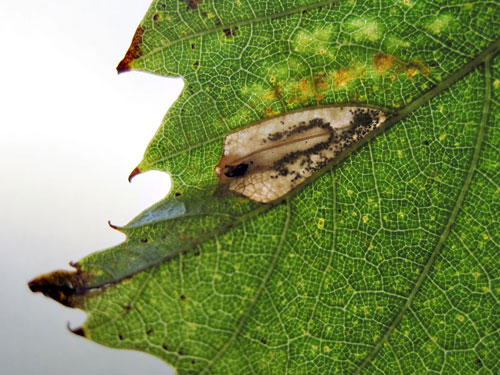 Quercus x hispanica, Amsterdam-Oost; most mines occur in the basal half of the leaf 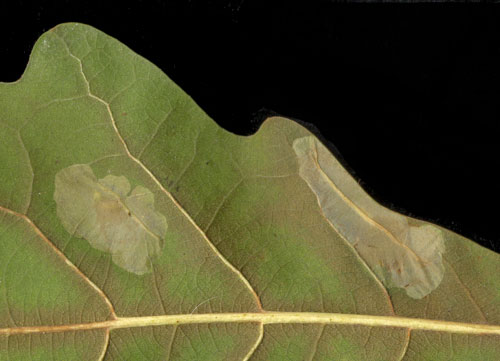 a young and a fully developed mine 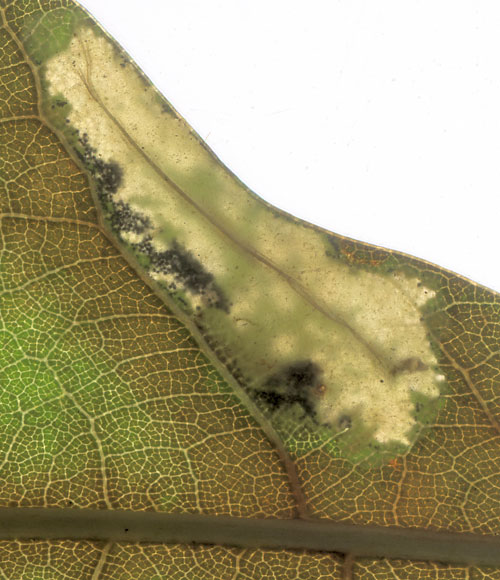 the right one of the two above, lighted from behind (no larva or pupa to be seen: the mine contained a white parasitoid cocoon). 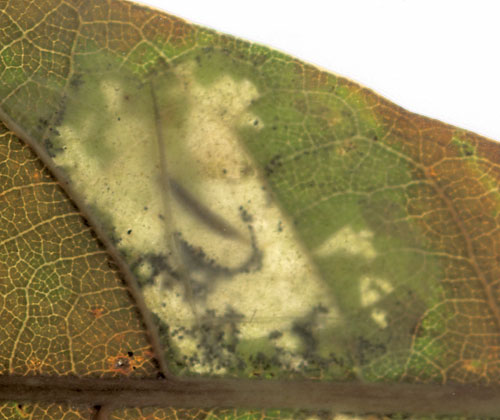 pupa in the mine 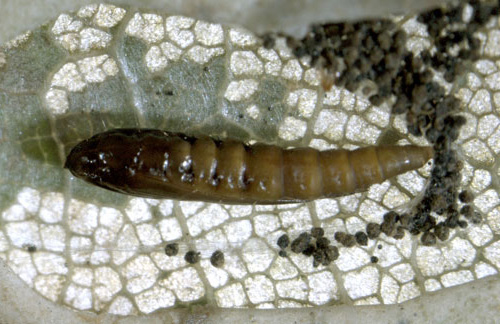 Small, oval, lower-surface tentiform mine, 9-14 mm long, mostly between two lateral veins. The lower epidermis with a single sharp fold (sometimes forked near its end). Pupa in very flimsy cocoon, that contains a bit of frass laterally and at the rear end.

Quercus species are the most important hostplants.

Larvae in July and October (Emmet, Watkinson & Wilson, 1985a), but sometimes an additional winter generation (see the note below).

In Britain a third larva generation has been found in the period December – March; the hibernating larvae do exclusively occur on Quercus ilex, that keeps its foliage during winter. How the species hibernates in regions without wintergreen oaks is unclear (Emmet, 1975b)

The mines illustrated above stem from a similar winter generation; Q. x turneri is a hybrid between Q. ilex and Q. robur and keeps its leaves during winter. Young mines, with active larvae, were found January 20th, kept in an unheated room, and provided pupae a month later.

Gregor & Patočka (2001a) wrote that the cocoon of the winter generation is almost entirely covered with frass. This does not apply to the Dutch material.

The species has been introduced into New Zealand and Australia, and has turned out as and aggressive invasive. The species not only lives on oaks there but also on other genera, viz. Nothofagus; it is considered a pest (New, 1981a).