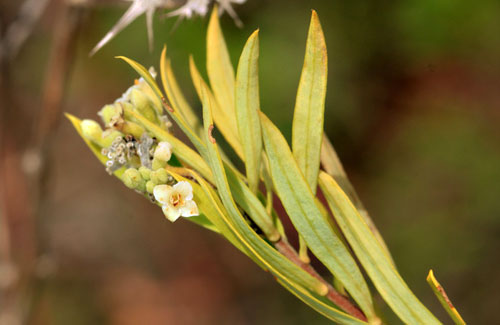 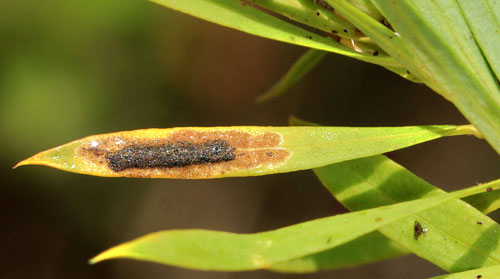 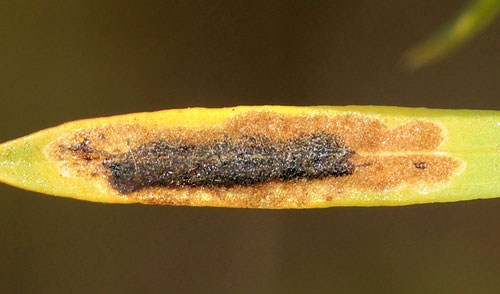 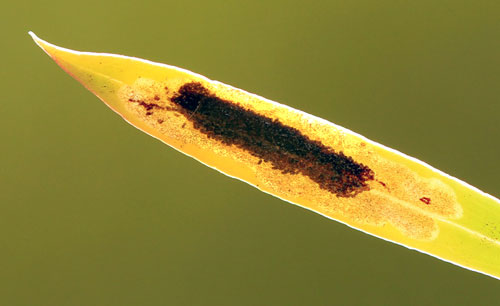 mine, lighted from behind

Oviposition within the leaf tissue. The mine begins as a narrow corridor along the midrib, not far from the leaf tip. Then a large full depth blotch is made that can occupy the entire leaf. The brown frass is glued to the upper epidermis, and makes the mine opaque; only the sides remain transparent. Pupation outside the mine.